Some consider it the greatest drama series ever made. The HBO series ‘The Sopranos’ broke all the rules of television—and became a smash hit. The ensemble cast, intense dialog, and expert writing came together to make an amazing tale about a scrappy New Jersey mafia family.

With the death of the Tony Soprano actor, James Gandolfini, all hopes for a future incarnation of The Sopranos died with him. Until now. Show runner David Chase has made a Sopranos prequel film called The Many Saints of Newark, with Michael Gandolfini (James’ son) playing a young Tony Soprano. The film also stars Jon Bernthal as Johnny Boy Soprano and Ray Liotta as Hollywood Dick Moltisanti.

And now millions of Sopranos fans are dying to get this show on the road.

The connection to the original is in the title, Many Saints. Soprano fans will remember brief references to the family of Sopranos soldier Christopher Moltisanti. Many Saints, for those who don’t speak goombah.

The Many Saints of Newark chronicles the rise of a young Tony Soprano under the wing of mobster Dickie Moltisanti, Christopher’s father. Just as the school principal claims young Tony has a high IQ, his bitter mother quips ‘Not by me. He gets all Ds.’

Domineering mother Livia Soprano is played by Vera Farmiga, who refers to her gangster husband Johnny as “a saint” while treating her son Tony like so much gabagool. These are the psychological seeds which take root to eventually form the tormented Tony Soprano of the future.

A few years after The Sopranos ended, James Gandolfini died of a heart attack while on a family vacation. His son, Michael, was only 14 years old. Now Michael is stepping into the shoes of a young Tony Soprano, an iconic character in a cult series. It’s even more daunting when you are playing your own father’s character.

Michael Gandolfini spoke about his trepidation with stepping into such massive wingtips in an interview.

“You know, I didn’t want to put pressure on myself to walk out of this feeling like I’d grown in terms of my feelings towards my dad. I just wanted to be the best actor I could be, portraying Tony in the way David wanted, scene by scene. I didn’t think about my grief because… well, I would have shit the bed. My dad’s character had all this beautiful sensitivity underneath this aggression. This version of him is the reverse. His curiosity and sensitivity comes first. He’s not a gun-wielding gangster. He’s a kid who gets whittled down and pulled in.”

The young actor said it was the toughest decision he has ever made.

Sopranos fans couldn’t be more delighted with Michael’s decision—and the resulting film. The Many Saints is stirring up a twitter storm with many fans. Some are binge-watching the original Sopranos series in preparation for the new prequel.

Michael Gandolfini also watched The Sopranos for the first time since his father died. The actor had no choice but to bone up on the Bada Bing world of his father and his screen family.

HBO tweeted a call to action to devoted fans, saying that it’s time to bang out the series again, under the clever hashtag ‘#BadaBinge.’

Meanwhile, the fans are cooking up pots of spaghetti, racks of lasagna, and piles of ziti in training for the bada binge. 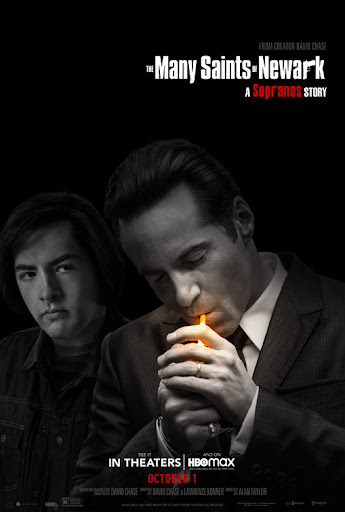 Unlike The Sopranos, The Many Saints will not be a television series—or appear on tv screens any time soon. The larger-than-life New Jersey drama will now fill the giant silver screens of movie theatres everywhere, starting in early October. The film will simultaneously debut on the HBO Max streaming service, a boon for those still stuck under lockdown.

Veteran actor Ray Liotta is joining this incarnation of The Sopranos decades after he refused to participate in the original series. Coming away from his success in Goodfellas, Liotta didn’t want to be typecast as just another mafioso. The part of Ralphie Cifaretto, which he declined, went to Joe Pantoliano, who totally lost himself (and his head) in the role.

Does Liotta have any regrets? In an interview with Rolling Stone, he said “I think they got the right guy for that part.”

Writer/producer David Chase travelled to meet and personally invite Liotta to be part of The Sopranos, which he refused. Later, Liotta said he was really flattered that Chase did that, and he was now excited about getting another chance to work with him.

After many months of closed cinemas, the New Jersey mafia family should make a huge splash on the big screen. Once the Sopranos BadaBinge fest ends, we can all head out to the local cinema in regions not under covid lockdown.

Signs of the Times

David Chase hails from Newark, comes from an Italian American background, and lived and breathed the environment of the turbulent sixties. One of the red-letter dates during the fight for civil rights which defined the era were the Newark riots of 1967.

Chase deliberately chose to have these events figure into the film to illustrate the oppression against black people during this period. During an interview with Rolling Stone, he said he was not trying to be political. He wanted to pursue the story of the Moltisantis, Junior, Johnny, and young Tony.

While shooting the film last year, Chase viewed the recent wave in violence against the black community by police and compared it to the Newark period. “Here we go again,” Chase said, “It’s still happening.”

David Chase was surprised when Millennials and Gen Z told him what a great show The Sopranos is. What could cause a show to continue its popularity with two new generations?

Like Tony Soprano said in the first season, “I’m coming in at the end.” The glory days of well-dressed mobsters who lived by a code had come to an end. That bygone era gave way to drugs, RICO statutes, and cheap track suits.

Gen X viewed The Sopranos through the same cynical gaze. America once held ample opportunity for most people, and now it was becoming a cesspool of corruption fuelled by hate and greed. And it still is. New generations also feel like they are coming in at the end of something great.

Will we learn from history? Can television and film shed light on uncomfortable truth?

“Are people ever moved or fundamentally changed by a TV show or a movie?” Chase pondered, “I’m not sure.” 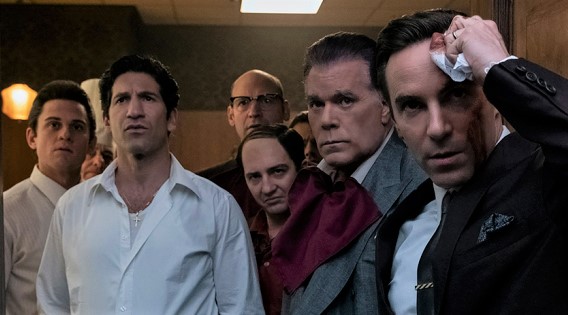 PrevPrevious10 Funniest Moments from the 2020 Tokyo Olympics
NextWhos fans are more stressed the AFL or the IPL?Next