Love is back on the agenda. 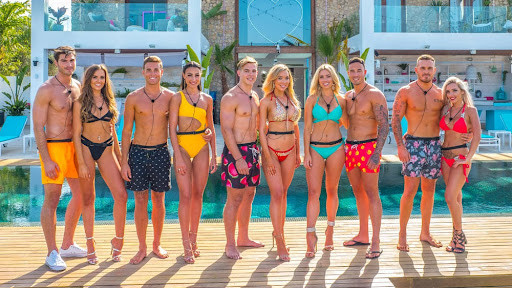 Series 3 of Love Island: Australia has officially been given the green light, meaning that viewers will get to see all of the recouplings and dumpings straight from the Australian villa later this year after the show took a hiatus in 2020 due to the Covid-19 pandemic.

In each series, we see jaw-dropping singles graft their way through the contestants in a bid to ‘couple up’, stay on the show, and most importantly…find love. The flirty chaos ensures that the public tune in every night for their daily dose of highly anticipated drama.

It’s no secret that with entering the show comes the opportunity to find a partner…and a huge amount of publicity. With this in mind, we analysed how being on the show has affected the contestants potential earnings, especially when it comes to social media.

Series 1 aired in 2018 and saw OG favourites Tayla Damir and Grant Crapp couple up on day one to eventually win the show, along with the hearts of the nation. However, the pair didn’t get much of a chance to celebrate their victory. Just 3 weeks after the live finale aired, it was revealed that Knapp had a ‘secret girlfriend’ on the outside throughout the duration of filming. However, that’s no skin off Tayla’s nose. Data reveals that as of July 2021, Damir boasts a whopping 534,568 followers on Instagram, bringing her potential earnings to $1,764 per post.

Eden Dally and Erin Barnett also both entered the villa on day one, but missed out on the $50,000 cash prize after finishing as runners up. The pair had their unforgettable ups and downs (lie detector test, anyone?), but ultimately made it all the way to the final. Eden’s Instagram follower count currently stands at 256,734, bringing his earning potential to $847 per post, whilst Erin could be earning $1,658 for each image after her follower count reached 502,484 this year.

Amelia Plummer and Josh Moss coupled up only 16 days before the finale, after Plummer entered the villa on Day 23. Despite losing out on the winning title, the pair came in third place and have gone from strength to strength; recently taking the next step in their relationship and moving in together in Bondi. With a combined total of 745,959 loyal fans following their journey of life after the villa, the pair are expected to make upwards of $1,114 each for a sponsored post on the platform.

After joining the show on Day 4 and coupling up with Gerard, Anna McEvoy went on to have her head turned by Josh Packham as we watched their connection grow, and the pair went on to win the show. After enjoying a short-lived romance outside of the villa, the young couple announced that they had split in November 2020. Anna’s Instagram is now host to 349,703 followers, bringing her earning potential to $1,154 per post.

Josh’s current followers stand at 161,456 and an average earning of $533 per post on the platform.

The Sydney lifeguard and youngest contestant of the series, Cartier Surjan, ended the season as a runner-up alongside her island beau, Matthew Zukowski. However, the pair called it quits shortly after the show came to a close. Following the split Matthew, 24, announced his relationship with Keira Maguire of ‘Bachelor in Paradise’.

Having stayed in the public eye, Surjan is estimated to earn an average of $956 per post, whilst Zukowski averages out at $386.

Series 2 saw Cynthia Taylu and Aaron Deacon-Shaw steal the audience’s hearts. OG Cynthia hadn’t had an easy ride in the villa, so there was a nation-wide sigh of relief when Aaron entered and it seemed that she had met her match…

Unfortunately, the pair went their separate ways just a few months after the show ended. Taylu has stayed active on social media, vlogging about subjects she’s passionate about and sharing content on her Instagram profile which currently holds 79,951 followers. As a result, her potential earnings stand at $264 per post.

A common theme in the villa is to ‘expect the unexpected’. That statement holds true for Series 2 bombshell Vanessa Joli who, although dumped from the island on Day 14, entertains a huge 434,920 fans on her social platform – bringing her earning potential to $1,435 – the most of any islander to leave the villa without a partner in Love Island: Australia history. 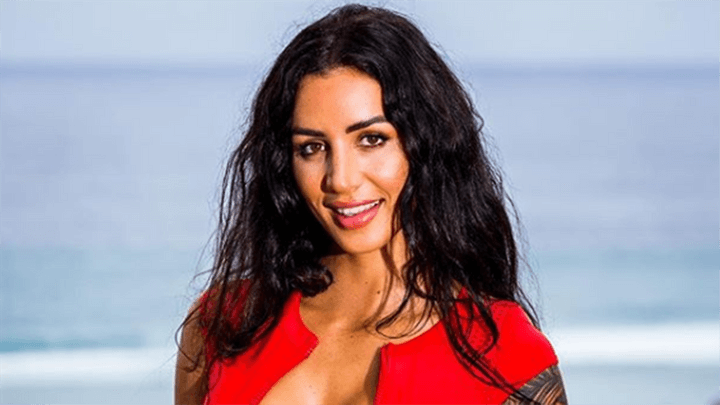 Now as the new season approaches, the next group of sexy young singles are getting ready to grace our screens as they head to the renowned villa in search of love. One couple is guaranteed to win $50,000 after being voted Australia’s favourite…but who will really come out on top after the grand finale?

I love everything about sports. I used to play soccer for almost 10 years but recently I have joined a local volleyball team that I’ve fallen in love with.

PrevPreviousCasino Bankroll Tips: The dos and don’ts of bankroll management
NextSimple Guide for Setting Up a Bitcoin Wallet for GamblingNext