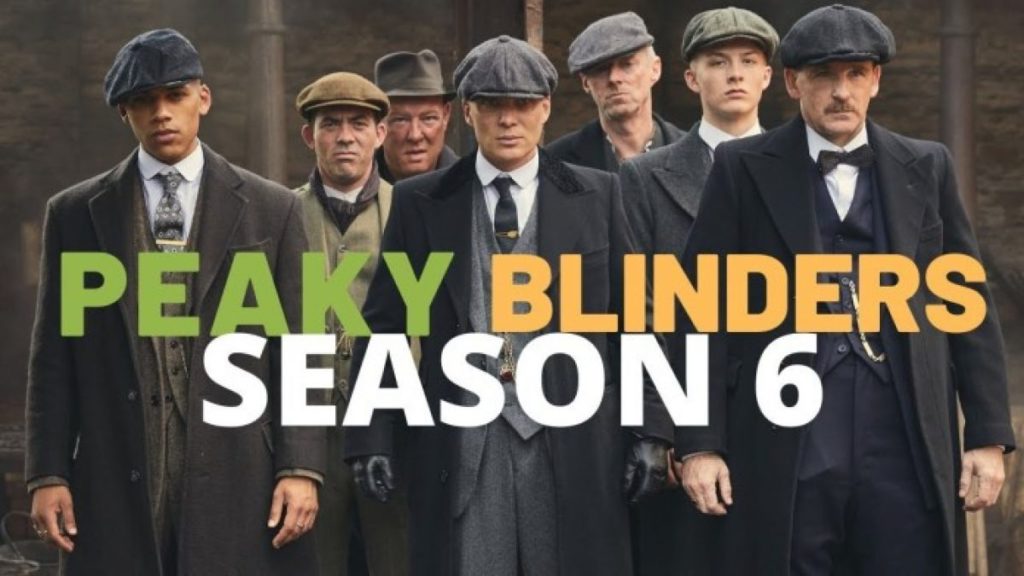 What started as a gritty period portrait of a 1920s Birmingham gang family has become one of the most eagerly anticipated shows on BBC and Netflix. Based on a real gang, the Peaky Blinders were a family of Irish Travellers of Romani origin living in Birmingham. They quickly rose to infamy under the keen leadership of charismatic Tommy Shelby, played by Cillian Murphy.

Each season took ages to make due to the scale of the production. Sometimes fans of the Blinders had to wait up to two years for a new fix of the flat capped lads. As the sixth and final season of Peaky Blinders is almost upon us, fans are fuelling the flames with feverish twitter storms that all demand: Give us season 6. By order of the Peaky Fookin’ Blinders.

The moody atmosphere of industrial Birmingham at the end of World War I oozes out of the blackened bricks into the working-class streets. In each scene you can almost smell the factory smoke billowing out of the collieries and blackening the lungs of the Birmingham denizens.

That and chain smoking. If the coal mining and factory production weren’t enough, the constant ciggy sucking of the cast tells us that pink lungs were not a high priority in 1920s Birmingham.

Enter the Shelbys. Or rather, they swagger onto the screen, bold and brash and very nicely dressed for a bunch of gypsy street gangsters. But the prominence of the gang grows as they weave themselves into the fabric of daily life so thoroughly that they pretty much run most of Birmingham.

As we prepare for the final season of the Shelby empire, fans take to the tweets in force and flat caps. The fan boys and fan girls (and fan non-binaries) are a diehard bunch. And they like to let us know about it.

Over five seasons of Peaky Blinders, the ensemble cast, clever writing, and ever-twisting plot narratives struck a chord with millions. And flat caps were back in fashion again (brim razor not included).

One twitter fan named kiara @CILLIANJAW seems to be a major Murphy fan. Cillian, that is. For kiara, the Tommy Shelby actor Cillian Murphy is more than just the scrappy head of the Peaky Blinders. He’s a DILF. Kiara writes that ‘Cillian is 90% inside my brain and 10% memes.’

The following tweets, memes, and quotes sum up the fan fever leading up to the final curtain on the Shelby family in Peaky Blinders Season 6.

The fans love to predict what will transpire in the final season of Peaky Blinders. Will Grace somehow dodge death and return for an encore? Will they finally tell us when the season will premiere?

A fan named brushy K.B. hopes that Tommy falls into an alternate universe through a horse trough, and/or finally coughs up that ciggy caught in his throat. That and a hot springs episode.

A Peaky Blinders fan called sabby @kosmoskiska tweeted a plea for help. The fan’s dad got hooked on Peaky Blinders, binged it for 6 hours, and wants to keep watching.

Another fan tweeted “Wait till he comes home with a flat cap.”

Got my dad hooked on Peaky Blinders, it’s been 6 hours and we finished season 1 and he wants to keep watching. Help!

As the fans binge on season 5 episodes to rehash the plot, they begin to wonder how long they can stand the delay. Initially planned for an August 2021 release, it appears that it won’t be until early 2022 that we get to see the flat cap brigade once again.

A fan called teatime75 expressed their frustration with the delays with a one-word gif featuring Arthur.

When you see Peaky Blinders is trending and it has nothing to do with the release date of Season 6 .. pic.twitter.com/scAPWS1kTe

As fans take to the tweets for news on when Peaky Blinders will finally drop, their frustration is coming to a head. One fan @weeladybird1981 was disappointed that she clicked on the trending tweets only to find “just some terrible football chat apparently.”

Weeladybird also went on to express her sadness over the thought of season 6 without Aunt Polly.

Among the trends and tweets came tragic news about Peaky Blinders season 6: Helen McCrory, the actress who gave us the powerhouse known as Polly Gray, sadly passed away from cancer in April.

The official Peaky Blinders account page offered a touching tribute to the departed matron of the Blinders. The ‘clapper’ slate used in film production bore an image of Polly with the words ‘Rest in Peace, Helen’ on it.

The epic series is coming to an end, but the producers let on that there may be spinoffs to continue the story. Some questions remain unanswered, and nobody knows if Polly will appear in Peaky Blinders season 6 due to her illness and passing during production. 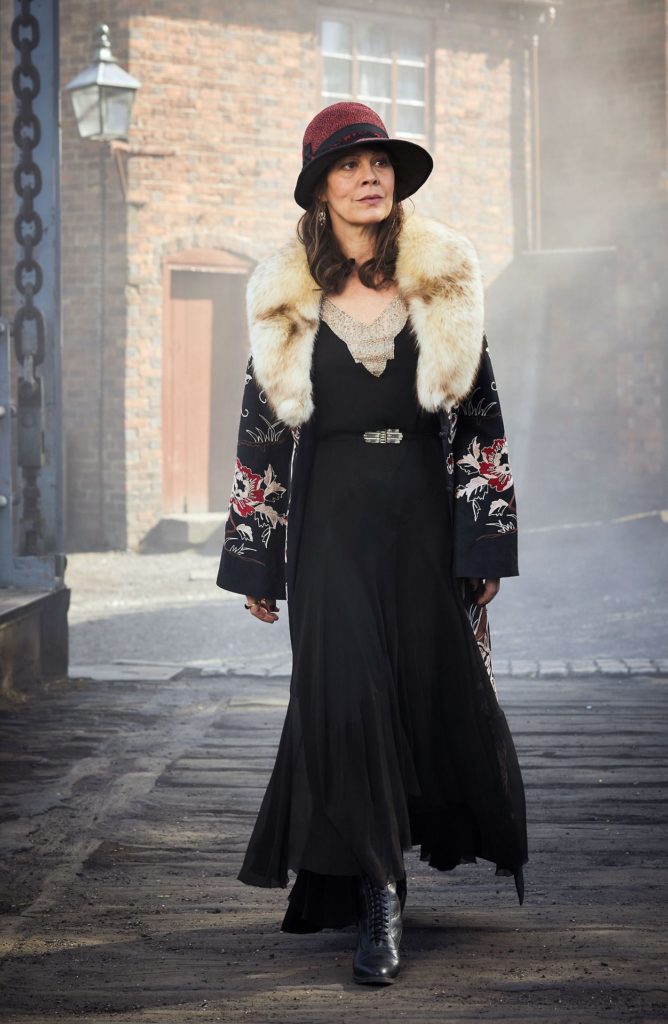 Did they manage to film some scenes with Polly for season 6? Will the character die in one of the episodes? One sentiment Peaky Blinders fans made over and over through a hail of tweets was their grief at the loss of a brilliant actress and powerful character.

Rest in peace, Helen/Polly. By order of the Peaky Fookin’ Blinders.