Will Australia Ban Loot Boxes in Gaming: The Future of Microtransactions 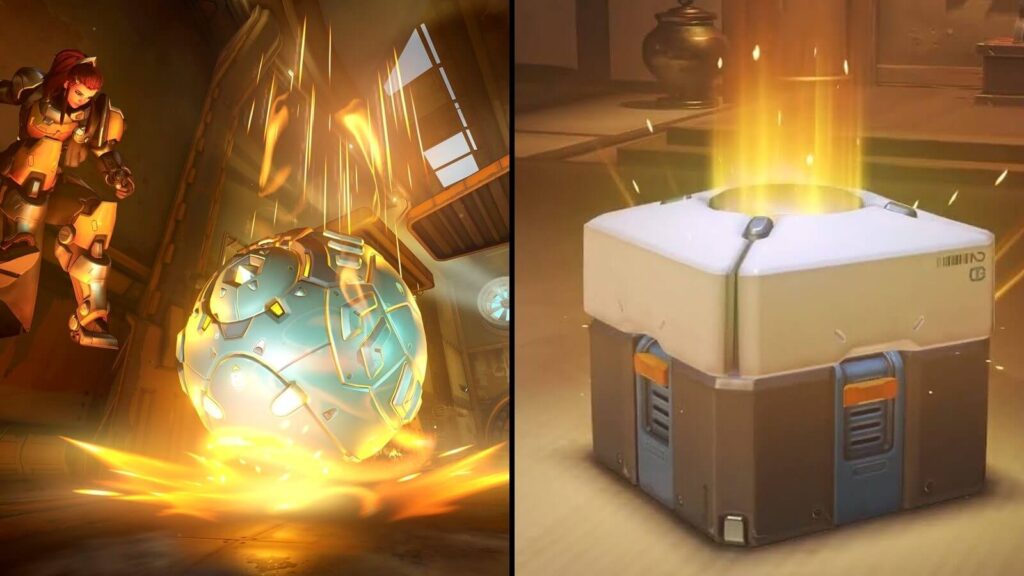 Video games are the holy grail for traffic-heavy topics to beef up a quiet news week. Gaming always has something to complain or talk about, if it’s not the strange use of the Restricted classification in Australia, it is the future of microtransactions facing ongoing debate. Parents, gamers, and politicians appear to be still throwing their arms up and asking if Australia will ban loot boxes in gaming.

While the topic of loot boxes in gaming is a touchy subject on both sides of the fence, we are confident of one thing, at least the ‘Fortnite disease’ talk has eased up.

What Are Loot Boxes?

Loot boxes are basically like a treasure chest which players can earn that contain items for use in-game. These loot boxes are different from game-to-game, but generally, they contain cosmetic items such as skins (designs for characters or weapons).

You can find loot boxes across many genres of video games either on mobile, pc, or consoles. They are earnt by playing through games, but loot boxes are not some genius new way that video game companies have discovered to get more money out of gamers.

Loot boxes have been around for the better part of a decade now.

So, in short, loot boxes do have an obsessive nature to them, and they are gambling. Players will either be lucky and get some great stuff or get the trash. Check out this example of loot boxes in action in Activision Blizzard’s popular title Overwatch.

Why Do People Want to Ban Loot Boxes?

The problem with loot boxes is that players can also purchase them with real out-of-game currency, and they aren’t cheap. However, loot boxes in most games do not provide a competitive edge (known as the pay-to-win model).

Although the pay-to-win model is not as common today, it is the reason why loot boxes contain mainly cosmetic items. However, this is not the case in mobile games, where pay-to-win is enormous, and generates significant revenues for mobile game developers because it created an unfair landscape.

This would be one of the reasons Diablo Immortal is going to be a thing for smartphones.

But over the years, loot boxes have been an issue which gamers sort of ‘put up with’ and acknowledged their dislike for; and nothing ever followed suit.

Because many gamers have the feeling of ‘life or death’ when it comes to collecting every piece of loot in their favourite games, a significant problem is developing, with people falling into financial hardship.

This idea has been compared with gambling addiction, with significant academic research into loot boxes and the motivations for purchase.

And then a giant public relations disaster happened. Oh boy, there was a fuss created with this one, involving Electronic Arts (EA), the publisher of the 2017 first-person shooter Star Wars Battlefront 2.

While the story is long, the issue in this AAA game is straight forward. Star Wars fans (you know how hardcore they can be) disliked that their infamous Darth Vader character was being locked behind a paywall which cost players 60,000 in-game credits.

These credits are earnt through playing the game, and one Reddit user went as far to crunch the numbers and determined that it would take 40 hours of gameplay to purchase Darth Vader.

So for most this 40 hours of gameplay was a big grind; however, players could purchase in-game credits with their Aussie dollars if this was too big of a grind.

Queue the uproar: How dare they take my Darth Vader and put him behind the great-wall of Battlefront credits?

The backlash from fans was fiery, as everyone took to their keyboards to tear EA apart. The backlash caused the company to backflip and change the requirements to purchase skins in-game, and even put a hold on loot boxes until making changes that kept them purely cosmetic.

The fans won this fight, but the war was not over. Many saw this as an acceptance that what big video game publishers were doing for the past decade was wrong.

Will Australia Ban Loot Boxes or Games With Loot Boxes

In early 2019 the Australian Government finally provided their response to an inquiry into “Gaming microtransactions for chance-based items.”

Many were wondering if Australia would ban loot boxes. But the Government ‘shocked’ everyone and only acknowledged the observations, and stated that further research was required before a substantial link could be established between gaming microtransactions and gambling. A relationship that would show cause for developers would have to play a part in protecting consumers.

While the Aussie Government did accept that the video game industry had implemented many controls to limit the impact of microtransactions through parental controls, spending limits, and other restrictions. Which is a good call.

So, while loot boxes are not the healthiest of revenue generators, they are here to stay.

Whip out those credit cards and rack up those loot boxes, because the Australian Government is not going to put an end to the drama.

Just don’t be like ‘Mike’ and ask yourself the question “Do I buy lunch, or do I buy a bundle?” If you have to ask this, then you likely have a problem, but help is available here.