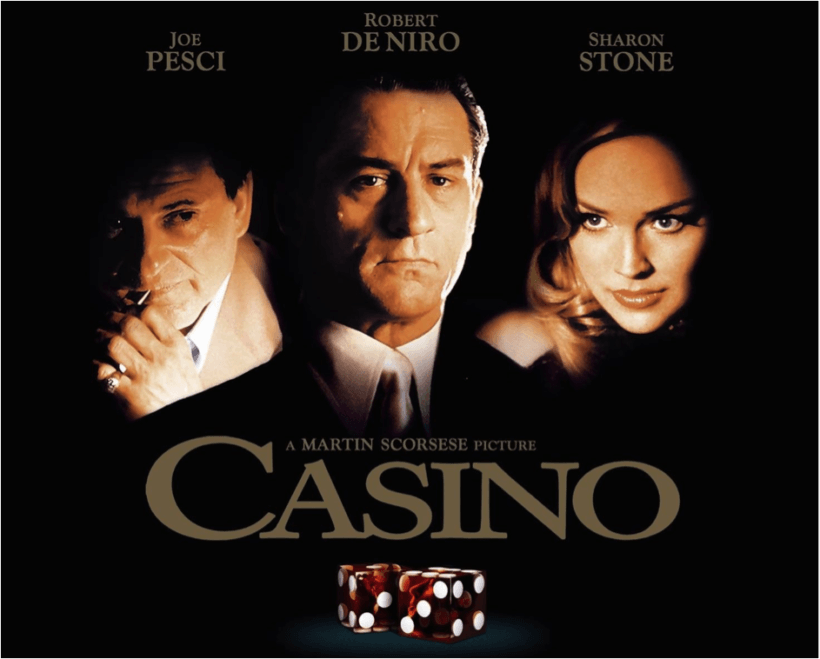 By Patrick Kelly on August 8th, 2019 in News, Lifestyle

The “Casino” movie is based on Frank Rosenthal’s true story

Martin Scorsese is among the most well-known movie directors in the world. He has many award-winning movies to his name and has become one of the most respected people in Hollywood. He directed the highly successful movie called “Casino” back in 1995.
The movie starred notable faces such as Robert DeNiro, Sharon Stone, and Joe Pesci among others. According to the movie producers, production was based and inspired by the story of Frank Rosenthal.

You may or may not have known Frank Rosenthal. In the 1970s and the 1980s, Frank Rosenthal also referred to as “Lefty” operated the Hacienda, Fremont, and Stardust casinos in Las Vegas. Rosenthal was an already established mobster and was hired by the infamous Chicago mob as the manager of the casinos.

A background on Frank Rosenthal

Here is a quick background of the star of the movie. After his birth on June 12th, 1929 in Chicago, Rosenthal, and his father spent many days at the horses’ track. Apart from learning about horse racing as a sport, he developed a keen interest in gambling.
Rosenthal expanded his knowledge of gambling outside horse racing and into baseball, football and other popular sports. As he developed into a young adult, he was involved in Chicago’s main mob-controlled and illegal gambling industry.

In the mid-1950s, Rosenthal was a master at setting up great sports odds for gambling. He manipulated the game in such a way to entice gambling fans to stake wagers. However, at the same time, he kept the odds at a level that convinced bookies that they would win.
He researched widely in newspapers and other sources of information. He armed himself with so much knowledge that his odds were right most of the time. While he got his desired results, he might have a bit more than he could chew in the process.

By the early 1960s, he got in trouble with the authorities for fixing matches. In early 1962, Rosenthal was arrested, tried, and convicted. There was evidence that he bribed a basketball player in North Carolina to shave points during a game.

After just a few years, Rosenthal used his influence to get out of jail and go back to controlling the betting scene once again. By 1974, he started working at Stardust, thanks to his wide connections in organized crime and raw talent for gambling.

After impressing the owners of the casino, he was placed in charge of two others – Hacienda and Fremont, all of them belonging to the Chicago Outfit. While Rosenthal was the boss playing the cards behind the scenes, each casino had a seemingly clean front man.

True depiction of Ruthlessness in the Film

Rosenthal was quick to show the nominal bosses of the respective casinos that he was the overall boss. He bullied, threatened, and even physically assaulted employees just to assert his influence. In one incident, Rosenthal caught one of the casino employees cheating. He ordered the employee’s left hand to be broken with a heavy rubber mallet.

The approach to running the business was not always ruthless. Lefty was sometimes sophisticated and meticulous. He occasionally would host celebrity guests on a local TV show. He would check the muffins in the kitchen to ensure that there were just 10 blueberries in each.
Before Rosenthal’s influence in the industry, there were no female dealers. The movie depicts him as the revolutionary in the industry, where he hired females to ostensibly attract and keep gamblers. This, in turn, increased the casinos’ profits and kept the owners happy.

From grace to grass in spectacular fashion

They say that not all good things live forever. Martin Scorsese’s film manages to depict this fact. Trouble started when profits started to soar, with millions of dollars changing hands every month. This would surely bring the attention of the authorities.

Rosenthal had been a genius for too long. He was running several underworld casinos without a gaming license. His infamous past meant that he could not qualify for a license. In 1976, the Nevada Gaming Commission determined that he should not operate, oversee, or otherwise be involved in gambling.

At the same time, law enforcement officers arrested and charged a dozen of Rosenthal’s closest colleagues in the business. This included mobster Spilotro, who was embezzling the establishment money that the owners were unaware. Rosenthal was not amused when he found out.

The film shows a dramatic turn of events between the two old friends, now turned adversaries. Rosenthal came to know that Spilotro was having a sexual affair with his girlfriend, McGee behind his back. The woman had sired two children with Spilotro in the past before their union fell apart in 1980. It had failed because of her infidelity and drug addiction.

Spilotro was by now-convicted for being a mobster, swindler, murderer, and illegal gambling operator. Rosenthal’s connection with the now incarcerated Spilotro caused more trouble, with authorities intensifying their interrogations.

There were all sorts of illegal activities taking place at the casinos, and police were milling around throughout. All this time, Rosenthal repeatedly tried to get licensing for his gambling and operating casinos. None of his attempts were successful. This failure was tied to the fact that he was already wanted for suspected swindling, murder, and conspiracy.

In 1982, things got worse for Rosenthal. Here, the movie shows in spectacular fashion, how Rosenthal’s wit and genius were overpowered. He had a meal at a local restaurant and walked out to his car then drove off.

Moments later, the car exploded into flames from an explosive that had been fitted underneath. The explosion forced him off the car. Miraculously, he did not suffer any grave injuries. As fate would have it, a metallic plate shielded the bomb from exploding on Rosenthal. In the aftermath of the explosion, we only see several broken ribs and minor burns.
It turns out that the car model was particularly designed with this feature. Movie critics and observers are quick to applaud Rosenthal for predicting such as event and protecting himself by having the car redesigned.
Police and investigators never figured out the person who planted the bomb in the car. Rosenthal was also not sure who had done it. However, he suspected that the establishment, which he worked for, was behind the matter. People suspected that the Chicago Mob wanted to kill Spilotro, after learning of his embezzlement of funds.

Death of the main characters

While Lefty Rosenthal survived the onslaught of the Mob, his associates, Spilotro and McGee perished. A few weeks after the car bombing, McGee mysteriously collapsed in Los Angeles.

Authorities stated that she had a drug overdose that took her life. Details remain scanty. In 1986, Spilotro was beaten by a mob to death. His body was buried in a cornfield in Indiana.

Later, Lefty fled with his two children to California. Later, he would move to Florida, where he found a job as the manager of a nightclub. He also successfully operated a betting company. Rosenthal died in 2008 aged 79.

When asked to comment on the movie, Rosenthal expressed mixed opinions. On the one hand, he stated that the production of the movie accurately depicted his life. On the other hand, he denied funneling the casinos’ proceeds to the Mob.