To help you find a Betsoft casino, we combed through online casinos in Australia and came up with the ultimate gambling platforms list. We also conducted intense research on each online casino platform to ensure you’d get a fair and safe gambling experience.

The casinos you’ll see below hold licenses by reputable regulatory agencies, offer attractive bonuses and promotions, accept a variety of secure payment methods, and have excellent customer support. So, no matter which platform you choose, rest assured you’ll have access to the most exciting Betsoft games while being perfectly safe at the same time.

By collaborating with top-rated software providers, online casinos in Australia give their players various gambling opportunities, including online pokies, table, and card games. One of the industry-leading developers is Betsoft, a company headquartered in Malta. We’ll introduce you to this innovative content creator that keeps surprising us with a unique and exciting approach to online gambling.

In addition to talking about the company, we’ll tell you everything about Betsoft games and casinos that have added them to their portfolio. So, if you’re looking for a casino where you can play enthralling and unpredictable fun, keep reading our review.

Has more Betsoft slots than any other site

Easy to use site with a great selection of Betsoft slots

Easy to use site with a great selection of Betsoft slots

Betsoft was founded in 2006, and it quickly became one of the most prominent game providers in the gambling industry. Despite being headquartered in Valletta, Malta, the company gained global recognition. Today, it caters to online casinos all over the world, including Australia.

In 2010, Betsoft launched its first Slots3™ title, which kick-started its journey to becoming one of the most reputable and innovative software providers. Just a year later, in 2011, the company released the first ToGo™ game, which later became a fantastic collection of 3D pokies, re-sized and re-designed for mobile play.

Betsoft obtained a Class 4 licence issued by the Malta Gaming Authority in 2014, which allowed it to offer its top-rated products to online casinos operating worldwide.

Like many other providers, Betsoft switched from flash to HTML5 in 2016, making all its games accessible on mobile devices. However, it took it one step further than other companies and launched Shift™ — an in-house system that relies only on HTML5 and doesn’t require any additional plugins to function. Thanks to this innovation, players can explore the Betsoft portfolio and play mobile casinos without any bugs or delays.

Betsoft also acquired licenses from the Italian regulatory body AAMS (now AMD) in 2016 and the Romanian National Gambling Office in 2018. That allowed the software developer to promote its products further and enlarge its fanbase.

When looking at other game providers, it isn’t easy to choose one thing they are known for. They typically offer various game types, employ different software solutions, and add many features, making it impossible to pick out one thing that makes them unique.

But that’s not the case with Betsoft. From the start, this content aggregator picked a lane and started developing games that stand out from the rest. It was the first company to focus the attention on 3D pokies, which is what they’re known for today.

As we mentioned, the first 3D collection, Slots3™, was released back in 2010. All the titles were teeming with mesmerising visuals, cinematic audio effects, and lifelike 3D animations. There were two main categories — Interactive and Arcade, where the former gives players many choices that eventually influence the game outcome, while the latter offers fast-paced gameplay.

Some of the notable titles include The Slotfather, Viking Age, Mamma Mia!, The Heist, and Event Horizon.

The second collection introduced as ToGo™ consisted of all the existing titles, re-shaped for mobile play. Naturally, Betsoft also introduced new releases, allowing the users to play the pokies on the go.

Overall, with such a rich portfolio, we can say that Betsoft isn’t a one-trick pony. So, if you’re looking for pokies jam-packed with action, free spins, and other rewarding features, Betsoft should be your top option. 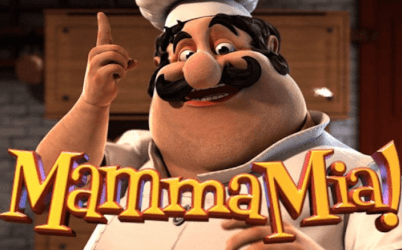 All Betsoft titles are regularly tested and audited by independent labs, proving none of the algorithms has been tampered with. Moreover, some Australian online casinos will conduct tests on their terms, ensuring a perfectly safe and fair Betsoft gambling experience.

Given that Australia’s online casino scene is growing, we’re not surprised that Betsoft is one of the front-runners for the most popular software developer. Although the competition is stiff, Betfost has an upper-hand, thanks to its innovative approach and engaging 3D titles that attract everyone’s attention.

Of course, just because an online casino features Betsoft games doesn’t mean you should jump the gun and sign up. Unfortunately, some online casinos might not be as safe as they claim. But that’s why we’re here! No matter which casino you pick from the list, you’ll have a memorable experience and a chance to explore all the fantastic Betsoft titles.

It wouldn’t be a complete online gambling experience without some attractive Betsoft bonuses. Apart from the game selection and licensing, we also ensured all the casinos in this article have bonuses and promotions worthy of your time.

Although the bonus selection may vary from one casino to another, here are the most popular Betsoft promotions you’ll find:

Don’t worry — we have tested all the Betsoft casino bonuses to make sure you will have an exciting online gambling experience. Whether you pick a no deposit bonus or free spins, these offers will give you a boost and increase the odds of winning massive prizes.

After we carefully reviewed all Betsoft casinos, we can confidently say that you will have a lot of fun exploring the games created by this software developer. Betsoft’s unique and refreshing approach to online casinos has changed how we look at the entire industry.

With the mind-blowing graphics and enthralling audio effects, no matter which Betsoft 3D title you pick, you won’t go wrong. So, if you’re ready to start the adventure, select a site from our list, sign up, and enjoy!

Simply put, we find the best online casinos around Australia. Our dedicated team of casino enthusiasts knows what they are talking about because they have played at the online casinos themselves.

Warn you about bad casino practices

Can I play Betsoft games in Australia?

Yes, you can. Betsoft is one of the few providers that accepts Australian players. And they have some great games too!

Does Betsoft have Live dealer games?

Not at the moment but they do have plans to move into this game sphere soon.

How do I know these Betsoft websites are legitimate?

We have put each one of these sites through our fair dinkum review process. We also have a complaints procedure if you encounter any issues or have any problems and base our rankings on that.

Mark Mckeown is the CEO of Betsoft. He started more than 10 years ago as a sales executive.

What are the most popular Betsoft games?

The Slotfather and  Event Horizon are often considered the most played pokies in the Betsoft collection.