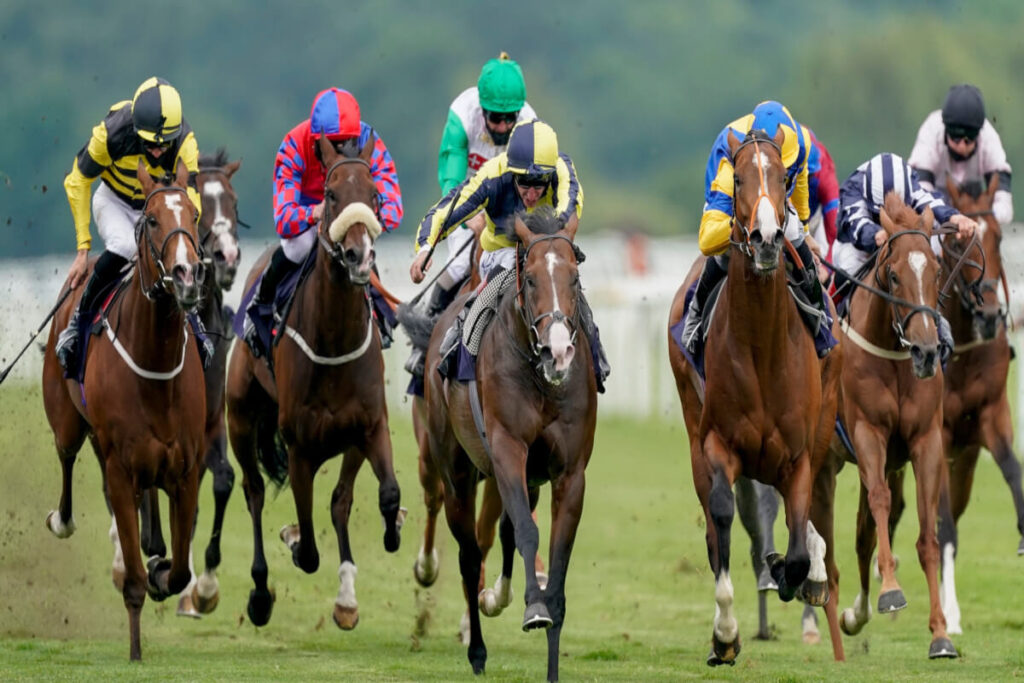 There aren’t many sports with the heritage and longstanding history of iconic triumphs quite like horse racing. It’s a sport packed full of unbelievable upsets, true sport-wide domination, and fantastic firsts. While we’ve enjoyed the banter around the office discussing what some of the best times have been, we want it put in stone. This is why we have compiled our 7 most epic moments in horse racing history and shared them with you below. 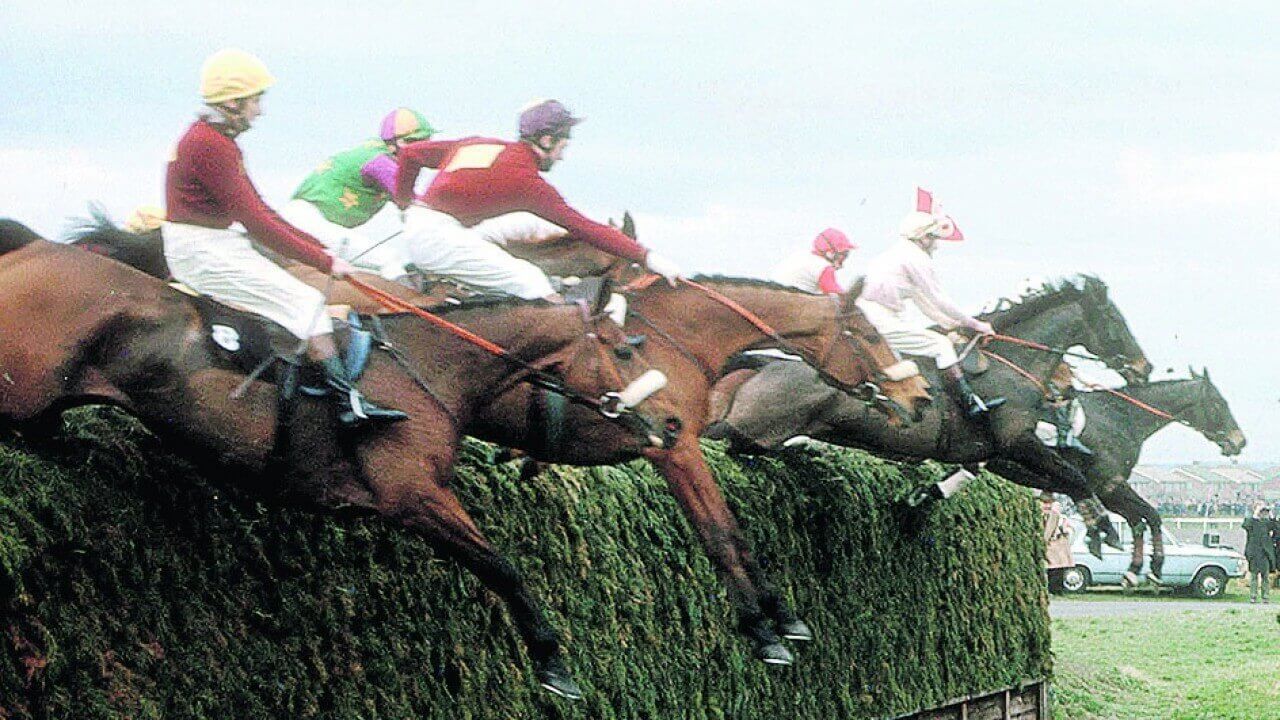 The first most epic moment on our list is the astonishing and unexpected catch-up that occurred during the 1973 Aintree Grand National in Liverpool, England.

During the meet, Crisp was taking control and dominating the other horses breaking ahead and making it around fences with ease – while carrying the most weight, too. Crisp had created a 20 length lead at the second last fence.

The race was seemingly over as there was no way another horse could catch that distance in the short amount of time that was left. Unfortunately, Crisp was succumbing to the pace that he set, and the horse behind him was an icon — Red Rum.

Red Rum powered through the final fence and caught up to Crisp, finally beating him on the home straight by just ¾ of a length! This would then be the first of three Grand Nationals that Red Rum would go on to win. 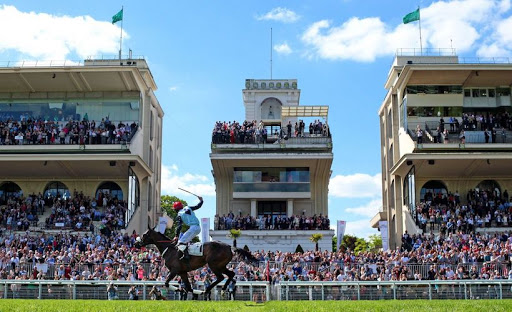 This is arguably one of the most spirited racing performances showing athletic ability and heart by both horse and rider. In the 1962 Grand Steeplechase De Paris, Mandarin and his jockey, Fred Winter, stood down destiny as the unthinkable happened.

Just after the race began, the bit used to control Mandarin failed and fell to pieces! In this situation, you would expect the jockey to pull out of the race, given the powerful beast between his legs!

In big stuff you to the norm, Fred and Mandarin powered on and maintained pace with the field. It wasn’t a complete fairy tale though as on the third-last fence, Mandarin fell and landed on a bent foreleg.

With true grit and heart, Mandarin pushed on for the last 100 yards while still leading. However, his willpower would be tested once more as Lumino came charging towards the finish line matching Mandarin. Mandarin persevered and came out the winner by just ahead!

Kauto Star and Denman were stablemates and schooled by the legend, Paul Nicholls — but not everything was good banter as they saddled up a two-part thriller across the 2008 and 2009 Cheltenham Gold Cup.

Denman answered the call and denied Kauto the back-to-back rights, which lead to Kauto settling for second. The two horses dominated the race with Kauto taking second place by an astonishing seven lengths.

Fast forward a year later, and the anticipation for the rematch in 2009 was crazy, making the previous year feel heaps smaller. In the 2009 addition of the Cheltenham Gold Cup, Kauto Star got his revenge and smashed Denman for first over the line – by a ridiculous 13 lengths!

The Kentucky Derby is closely considered the American equivalent of our Melbourne Cup. In true cup fashion, Mine That Bird conquered the dreadful water bogged conditions to an astonishing win.

From the get-go, things went south with Mine That Bird falling back eight lengths behind the rest of the horses. It wasn’t looking good for the third-longest odds (sitting at 50 to 1). All was not lost though, as Mine That Bird pulled up his daks and stormed on past the field and established a six and ¾ lengths lead in the final half-furlong. 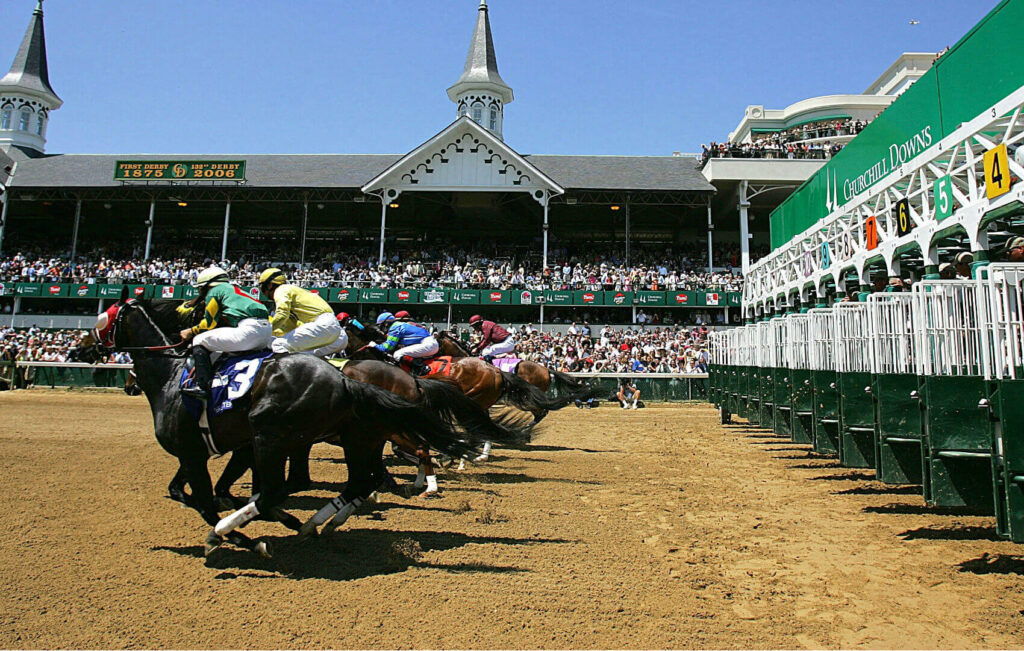 The result was the fastest quarter-mile in Kentucky Derby history.

5. Secretariat Shatters Records at Belmont in 1973

In the 1973 Belmont Stakes, Secretariat dominated the track in the one and a half-mile race after finishing in a ridiculous 2 minutes and 24 seconds! This record is still holding up today, and what made the win even more outrageous was that Secretariat won the race by 31 lengths.

A truly unforgettable day at the office for Secretariat and his team.

Makybe Diva is a household name in horse racing. In 2005, Diva became the first ever to win three Melbourne Cups. To add to the amazement, she was only a week removed from winning the Cox Plate too. 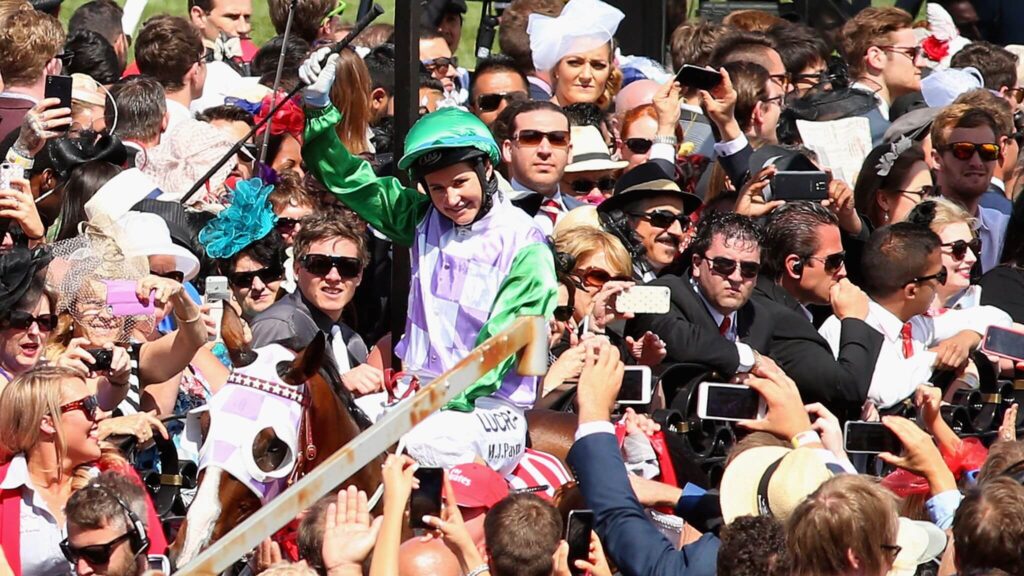 That brings us to our number one most epic moment in horse racing history, and it happened close to home. In 2015, Michelle Payne rode her six-year-old gelding Prince of Penzance to a famous Melbourne Cup win – as well as the Hilton Hotels Stakes.

In the cup’s 155-year history, Payne became the first female to win the race. A feat made more prestigious given that there had only been four sheilas who rode in the Melbourne Cup.

Prince of Penzance winning the cup was an unexpected affair. Punters who backed the duo left with a handsome reward given the 100 to 1 odds.

Horse racing is one of the most exciting and unpredictable sports, and it’s not going away anytime soon. There is a lot of money to be made when gambling on winners of big horse races and even more with spread betting. So, do your homework and go with your instinct when picking who to wager on. Good luck!

Did you make a bet that paid off or have a good horse racing story ?? We would love to hear from you. Let us know in the comment section below.

PrevPreviousSpread Betting: What is it and How Does it Work?
NextHow To Withdraw Money From An Online CasinoNext